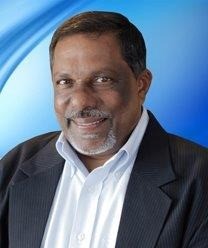 Hailing from a Christian family, juvenile delinquency leading to emptiness & then rotting into depravity ended up killing an elderly couple for petty gain to sustain drug abuse. Family members ‘on-the-edge’ were always in-the-dark, anticipating the worst, Relatives were apprehensive for the unknown while he was around. Media blew up the Killer out of proportion seemingly a ‘DON’. What a pity!! Cops shackled him & threw him behind bars; good riddance to bad rubbish. The Judge saved him from execution considering his young age & the antecedents of the case, sentenced him to ‘Life imprisonment’. He was released on Amnesty after a period of 15 years of ‘Life Sentence’ after special consideration by the discretionary powers vested upon the State Governor & Advisory Board, on June 23rd. 1995.

While on one of his parol days as he was through 6 1/2 years of imprisonment, he met with Jesus who revealed to him all his past sins before his eyes as though in a movie. He wept and asked for pardon and committed rest of his life for the service of the one who saved him. Returning to the cell he testified to the change in his life to the inmates. Slowly and steadily many hard-core criminals were transformed. In 1992 while out on parole he married a registered nurse Teena who worked for Defence Force Hospital of Bahrain – Arabian Gulf. Because of her first-hand experience with Jesus & the burden laid for the will of God – resigned her job with the Defence Hospital & returned to Bangalore. As led by the call on her life, met The Inspector General of Karnataka State Prisons in 1994 under the umbrella of PFI.N.O.Kottayam & obtained permissions to minister to the prisoners in the state prisons. Thus Prison Fellowship Bengaluru in Bangalore started with moral, educational & welfare activities. In 1995 after his release Reny George joined her and the ministry swung in full steam.