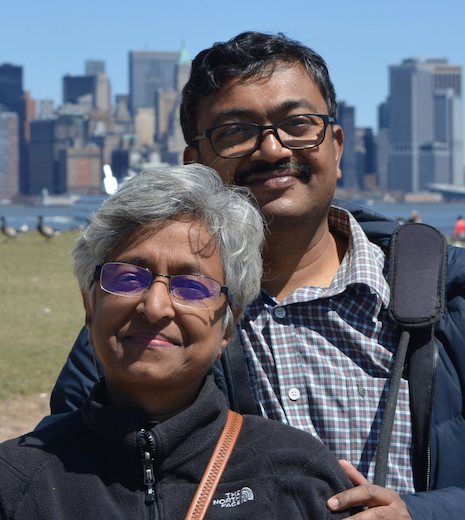 Anil Cherian is a Paediatrician and Public Health Specialist who did his medical studies from CMC, Vellore and Public Health from the University of Philippines, Manila. He also did a Postgraduate Diploma in Health Economics from the UK. He worked with EHA for 20 years both as a clinician and also in Community health & development. He was Director of Community Health for 7 years before moving to Uganda in 2014 as the Director of ICMDA National Institute of Health Sciences Jonglei which trains a mid-cadre of health professionals for the Republic of South Sudan. His wife, Shalini Cherian is also an alumnus of CMC, Vellore where she did both her MBBS and MD Obstetrics & Gynaecology. Almost all her career she worked in rural mission hospitals initially under CSI but later with the  EHA.  Dedicated and committed to reducing maternal mortality she worked tirelessly to improve the maternity service in the various hospitals she served. In 2012 she became the RCH Coordinator for EHA. In 2014 she moved to Uganda to start a Health Training Institute to train health workers for South Sudan. Shalini along with her husband are recipients of the CMC College Motto Award.

India has been blessed over the last century with medical missionaries from  Europe and North America. Isn’t it time that Indian Christians and the church consider sending medical missionaries to fragile and poor countries around the world.  Anil and Shalini Cherian share their story of starting a Health Training Institute to train health professionals for  South Sudan through a partnership between ICMDA, Episcopal Church of South Sudan and the Government of South Sudan. They will explore the importance of expanding Global mission through South-South partnerships and the exciting new possibilities that it opens up for young medical graduates  from India to serve overseas